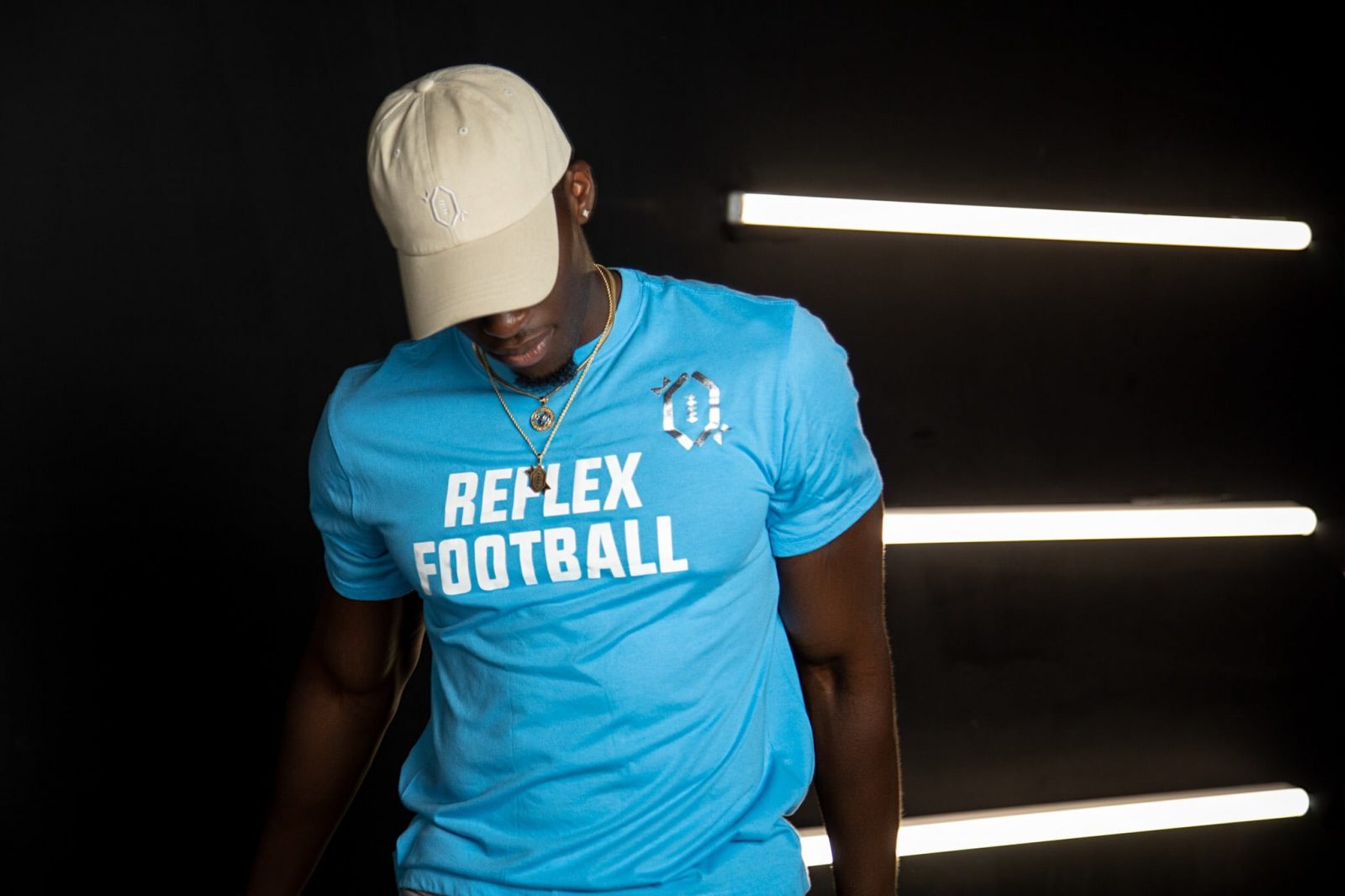 What made you start your own football league?
1. I’ve been extremely obsessed and passionate about computers, art, and design for as long as I can remember, then I eventually fell in love the sport of football at the age of 12. I never played organized football, but whenever I was not at school or on my computer, I was outside playing football on the streets with friends. From even when I was a child, I always loved to create my own version of things that I was obsessed with.  One of the major things that I was obsessed with during my teenage years was the NFL, so I think you see where this is going. Playing all those pickup games of football, and realizing how much fun my friends and I had each time, I eventually started to think to myself…”what if we made this a league?”. In my head I had a vision for a more organized version of what we were already doing, and the thought of being able to design team logos and uniforms, create videos of games, create a website for the league, all of this really excited me. I already knew how to edit video, develop websites, and had a lot of experience with graphic design, so it felt like the perfect project for me to start. 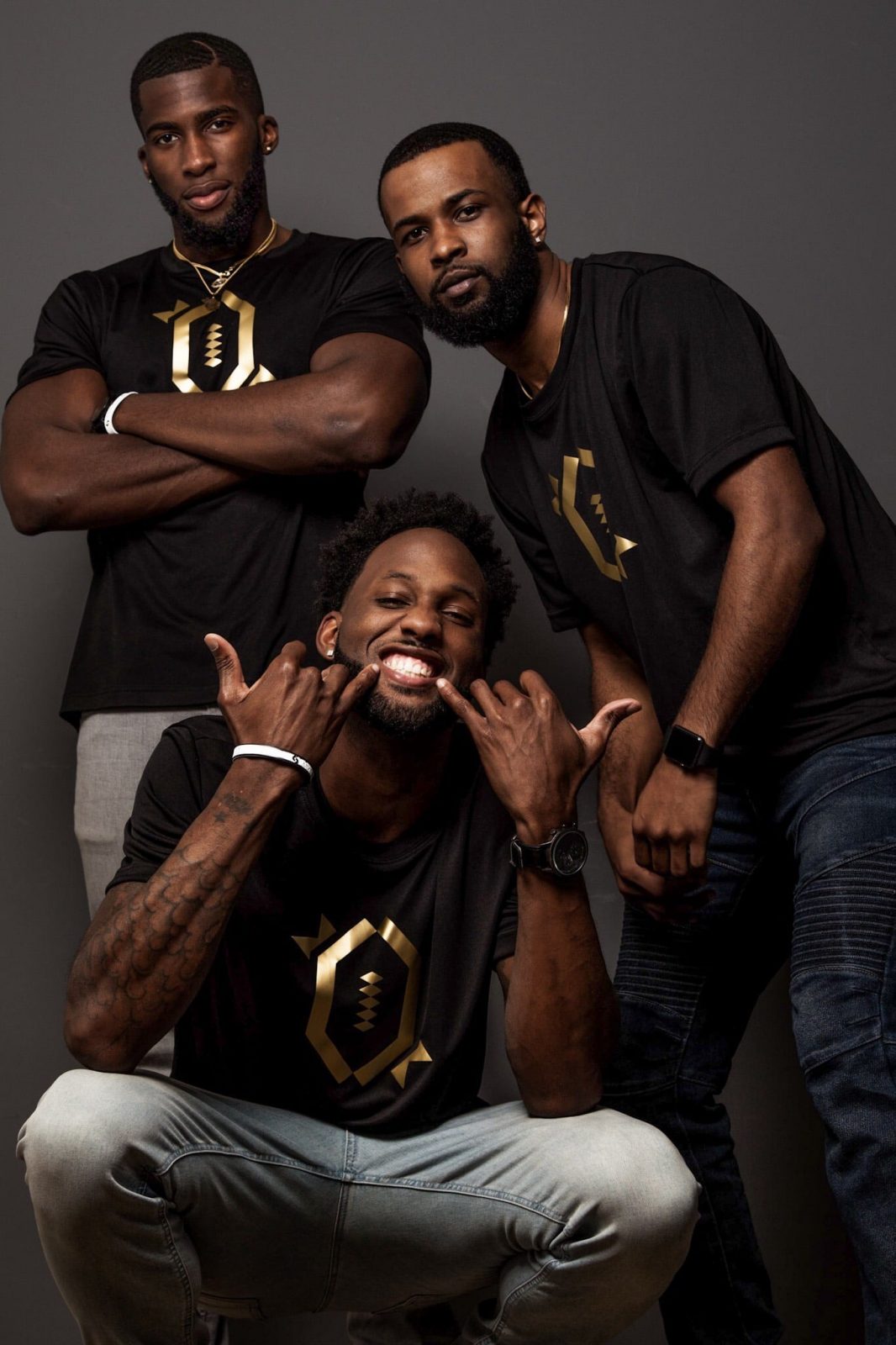 For those of us who are not well versed in football explain how the Relex Football League (RFB) is different than the (NFL).
2. First and foremost, the NFL is a professional 11-on-11 padded-tackle football league. It has been established for decades, and is a billion dollar industry on its own. RFB is a fairly new, unique, men’s 7-on-7 contact-flag football league. We are still very much at the ground stages, but I believe this has so much potential. Some of the major issues associated with the NFL, due to the physical nature of the sport, include injury and, of course, long-term brain disease. RFB is a flag football league, and while it does include a moderate level of contact/physicality, there is no tackling; which, as you would imagine, significantly reduces the risk of all forms of injury associated with the sport. Head-to-head collisions are frequent during a single game of padded-tackle football, where as in flag football, a league may go through an entire season without having even one incident of the type. There are players in the NFL right now that won’t let their kids play padded-tackle football for fear of brain injury; this is a severe problem for the NFL as youth padded-tackle football participation rates continue to decline. On the other hand, flag football participation is increasing every year for all age groups. We aim to take advantage of this opportunity. 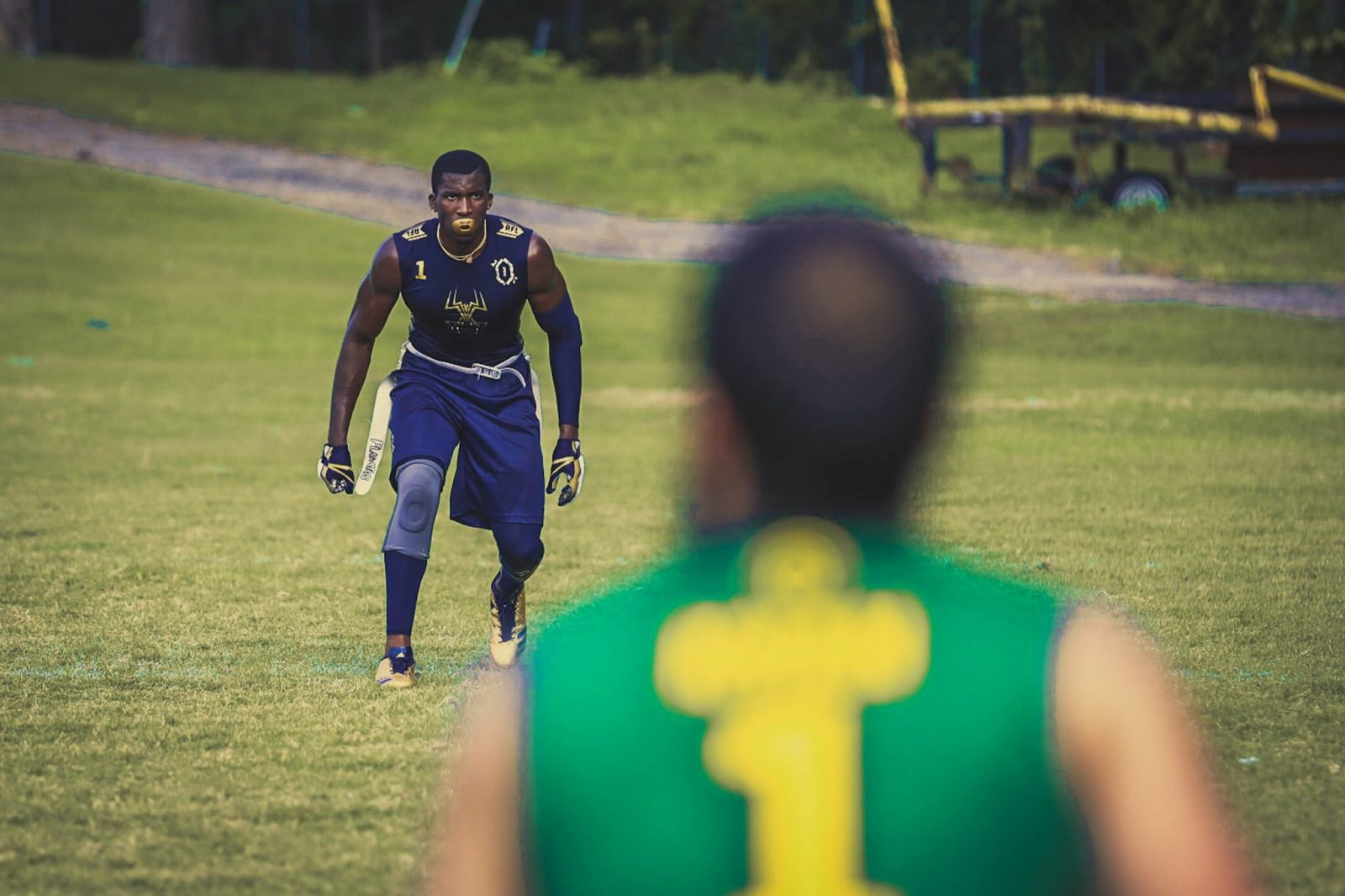 How does your love for fashion play into the Merch you’ll created for RFB?
3. It’s actually not as much my love for fashion as it is my passion for DESIGN. I love to design and create things, all sorts of things. I’ve been like that since birth. Apparel was just another space for me to pour my creativity and my passion for the league into. 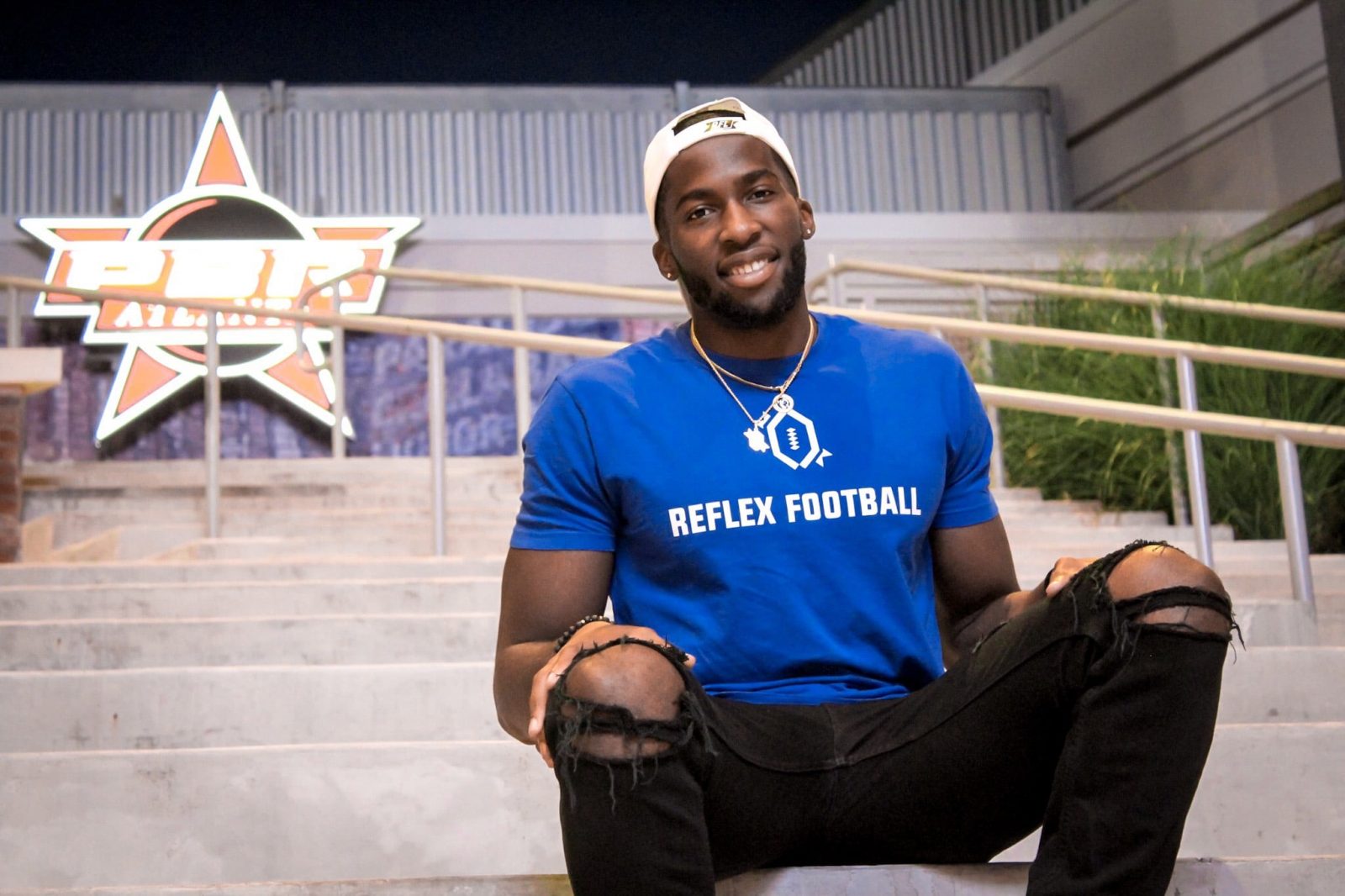 What are some of your struggles when it comes to fashion for tall men like yourself ?
4. Haha, when it comes to finding clothes that fit, it’s more so annoying and an inconvenience more than anything. Especially for someone with my proportions. I have long limbs and a short torso. Long sleeve tops and jeans/pants are what I struggle with the most. I wear lots of bracelets or wristbands to compensate for my exposed wrists, and high top shoes to compensate for my exposed ankles. Few understand my daily struggle. 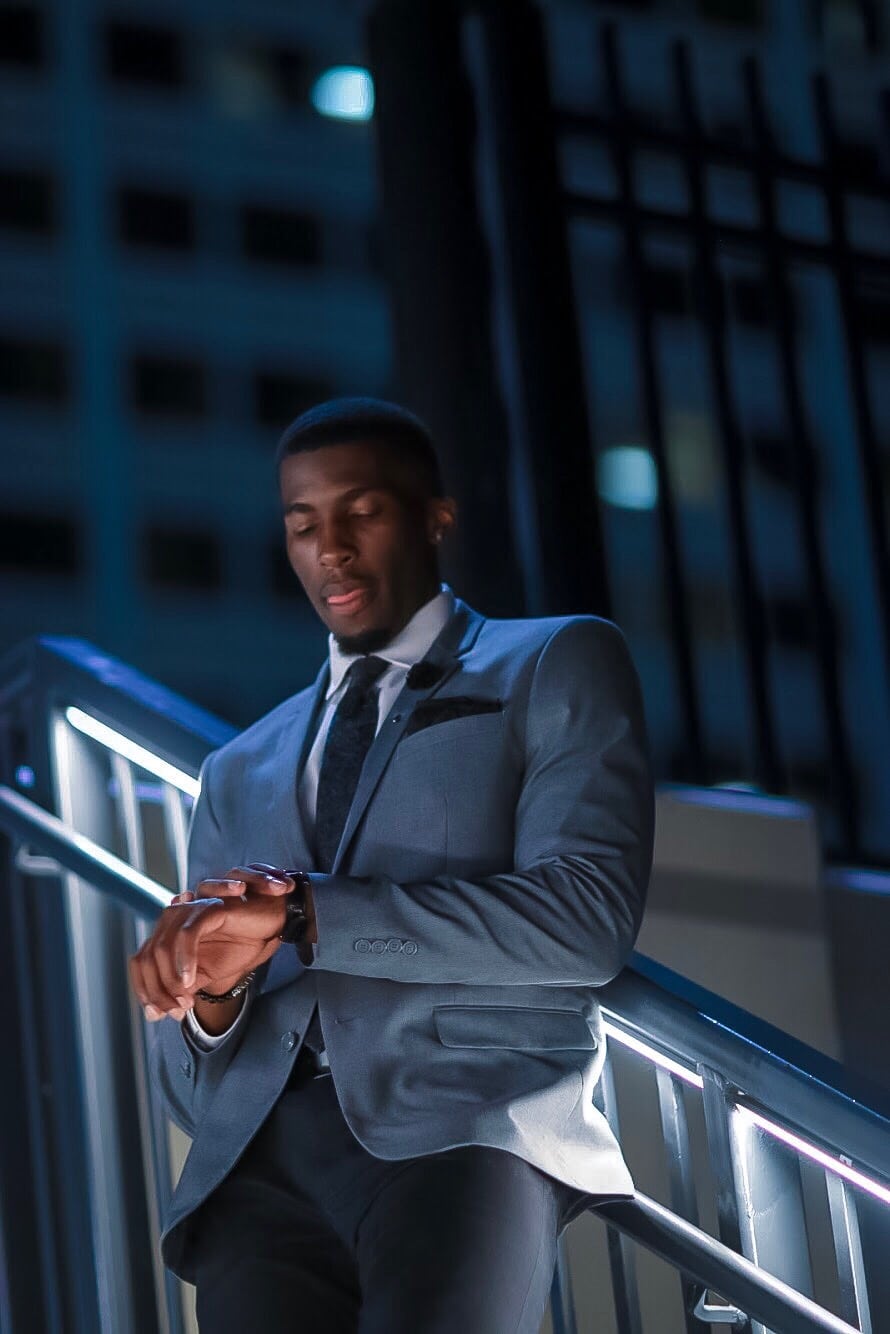 In five years how do you in vision your life?
5. I’m a pretty patient person. I don’t expect to be a millionaire or anything by that time, there’s plenty of time to build up to that point. I just hope my beloved business is in a much better place than it is now and is continuing to progress and innovate the sport of flag football. I’m ultimately hoping that there will be some level of reward for the hard work and sacrifices I’ve made and will continue to make. What I do isn’t easy. I don’t think chasing your dreams is ever easy; it’s hardly rewarding. However, I cant help but feel like this is what I was meant to do. I’ve witnessed the difference it’s made in people’s lives, and experienced the difference it’s made for my life. I think that’s all the reward I need to keep pushing with this for as long as I can.