XL Foodie Seafood And Jambalaya. OMG, y’all it’s been months since we were in the peak of quarantine and I told you I was gonna cook on a regular and put it up. I really have been cooking I just didn’t take pictures of my food all the time. However, this week I had the opportunity of making a meal that was gifted to me by Fulton Fish Market so I cooked a meal today yall. It’s XL Foodie: Seafood And Jambalaya I cooked shrimp with mussels.

Don’t worry I know yall do not like being in the kitchen like me too. This meal was a short cook it didn’t take me more than 35 minutes to cook. You’ll know seafood is like the fastest food in the world to cook.

The longest thing to cook was the rice which took me about 20 minutes and that was because I did it a long way and cooking it on the stove. If I were to put it in the rice cooker it would’ve been like seven mins or so. Listen my friends you could definitely use a rice cooker to make this rice process a whole lot shorter. I only did it that way because it was jambalaya and it was my first time making it.

I’ll attach the recipe to the bottom of this. I’ll also attach the link of where I got the jambalaya sauce and the actual seafood from so you guys want to check it out. Y’all pray for me this cooking ain’t really my Thang but I do like how these pictures turn out. XL Foodie Seafood And Jambalaya.

Fellas: Are You Getting Enough Sleep? 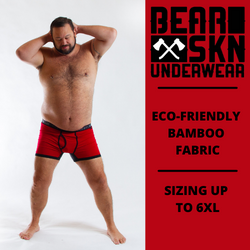