Ever Wonder What’s The Difference Between XL & 1XL?

How did your journey begin as a runner?
In July 2012, I weighed approximately 360-370 lbs (I don’t know the exact weight because all the scales I encountered stop working at 350 lbs.). One day I walked into work and felt a sharp pain in my hip (the pain literally brought tears to my eyes). I went to my primary care doctor and he recommended that I go to physical therapy. After 20 or so weeks of therapy, the pain was still there. So, I went to an orthopedic specialist and he said to me, “I know why you’re in pain.” I asked why and he said, “Mr. Evans, it’s because you’re fat and you need to start walking and losing weight.” Feeling angry and embarrassed that the doctor called me “Fat”, I responded, “Screw walking, I’ll run a marathon.” The doctor laughed at me and told me that I was stupid. I left the doctor’s office, bought some running shoe and created 300 Pounds and Running. 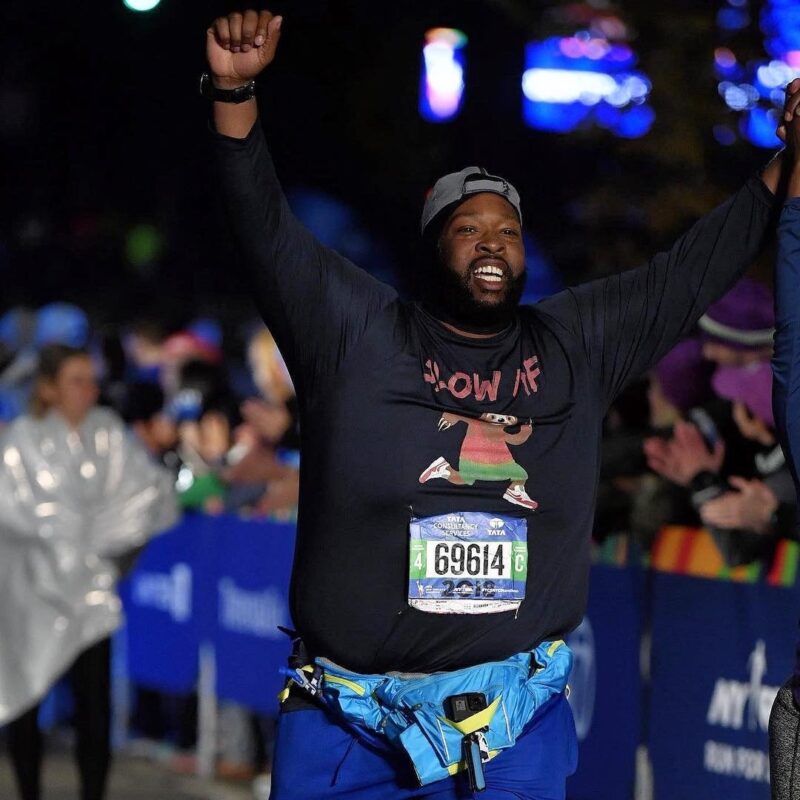 How do you decide what struggles to be open about and what to keep private?
I try to be as open as possible with my struggles I’ve done nude photoshoots, I talked about my brother committing suicide and my own battles with thoughts of suicide and everything in between. The only I don’t really talk about is my relationship with my significant other. I feel like the world and the internet doesn’t deserve that part of me so I don’t post about it. 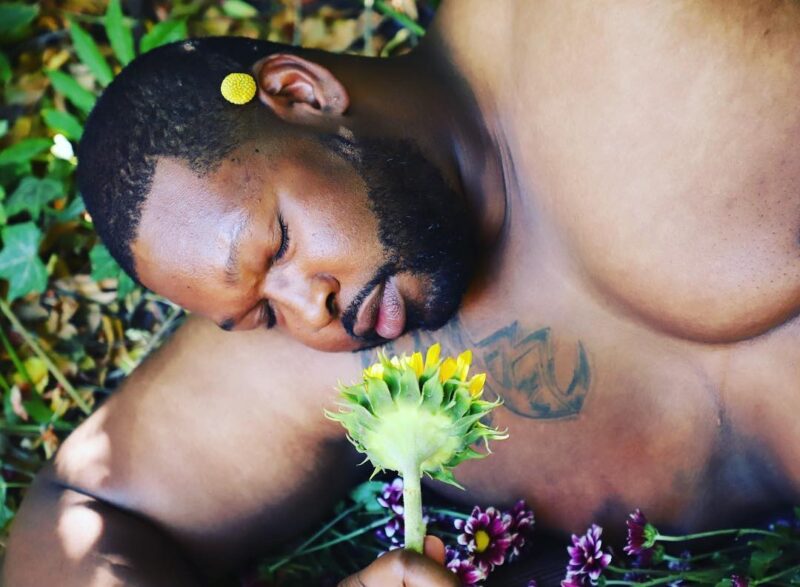 What has been your most rewarding moment/s in this entire journey?
That’s a hard one because I’ve done so much. I had to name my top 4 I should say: 1. Finishing my first marathon, 2. Being featured in Runner’s World Magazine, 3. Finishing the NYC Marathon, and  4. Being a role model for other larger individuals who want to get active but don’t where to start. 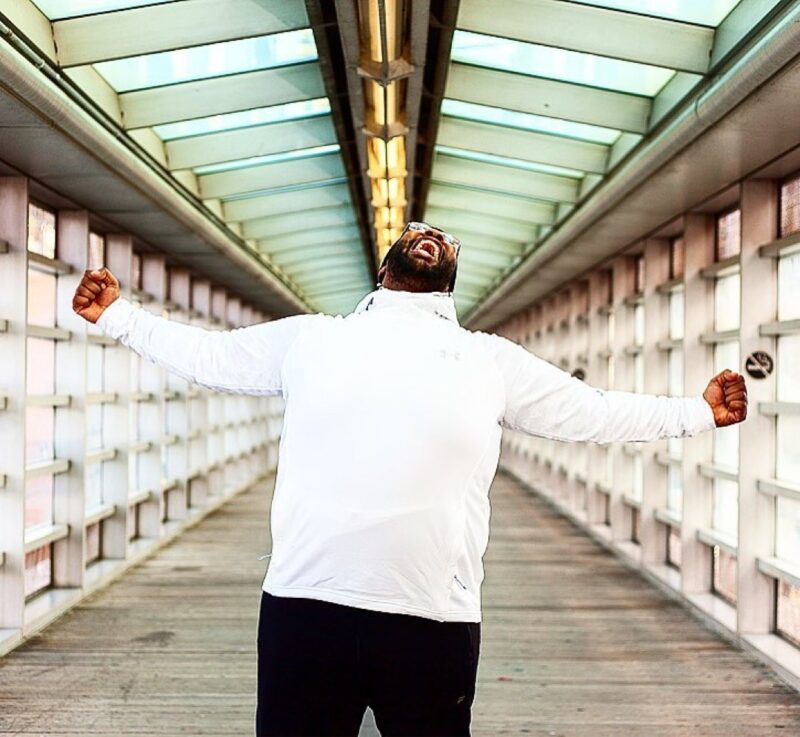 How long have you been on the journey of being a Big & Tall man? What’s the biggest misconception you hear about Big & Tall Guys?
I’ve been Big & Tall all my life. I think the biggest misconception you hear about Big & Tall Guys is that we don’t want to be fashionable. That’s completely false, I grew up in Detroit and the fashions were always there but it was extremely hard to find anything in my size. I’m glad that we can finally find Big & Tall clothes and it not look like a tent on us. It’s definitely not enough out there but brands are finally getting hip and providing fashionable options to us.
Your story of a 300lb Running Guy is hella inspiring. If you could give your followers one piece of Motivational advice what would it be?
CONSISTENCY & PERSISTENCE!  It’s not sexy but when is hard work ever sexy? The key is to keep moving. There’s sunlight at the end of the tunnel, not a train. 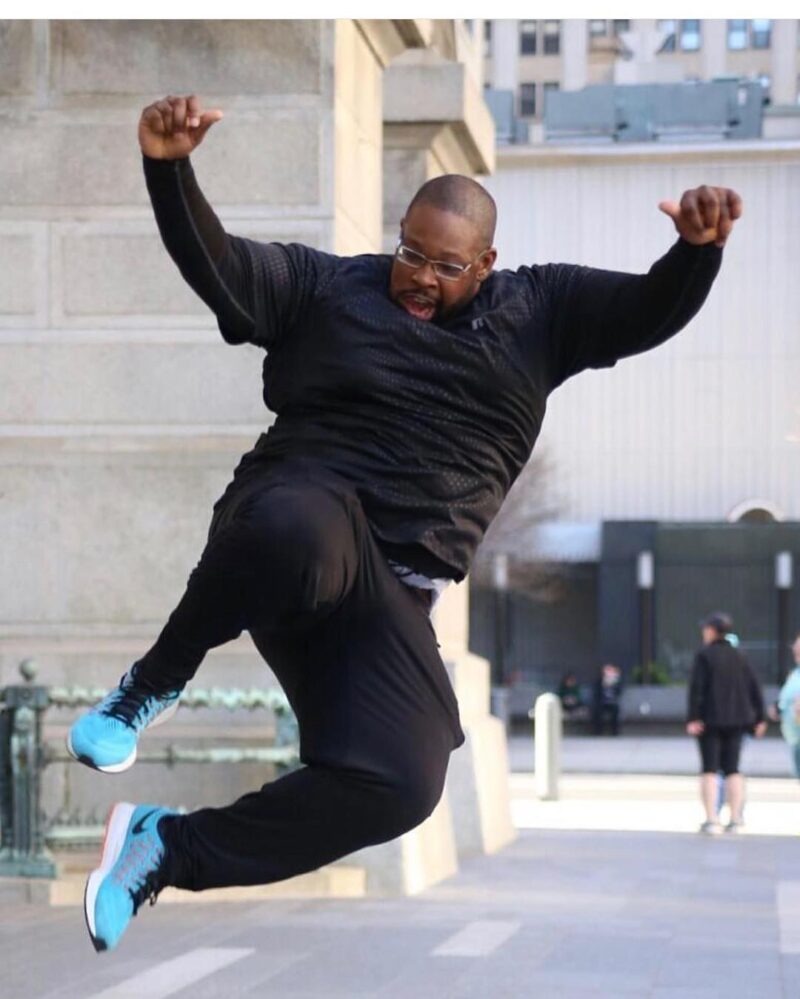